Faravahar symbol on a Fire Temple in Yazd


The winged symbol of the Faravahar, a national symbol of Iran, is a winged disk associated with Zoroastrianism, the state religion of ancient Iran.

The components of the symbol are linked to Zoroastrian theology, with a man stretching his hand to heaven to symbolize wisdom, a ring for faithfulness, wings to give flight to the soul, and two trailing banners, which represent the individual's choice between good and evil.

The symbol is thought to represent a Fravashi, similar to a guardian angel. Its true origins may date even further back than the ancient religion of Zoroastrianism, since it may be influenced by royal seals from the Bronze Age.

Even after the Islamic conquest of Iran, Zoroastrian culture and festivals remained important in the country. After the 1979 Islamic Revolution, when earlier symbols of the monarchy were banned, the symbol's popularity continued to spread. Today it remains a popular item among Iranians both in the country and outside, seen on necklaces, 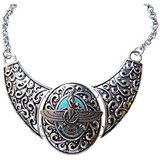 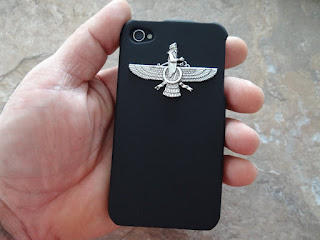 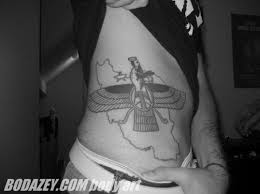