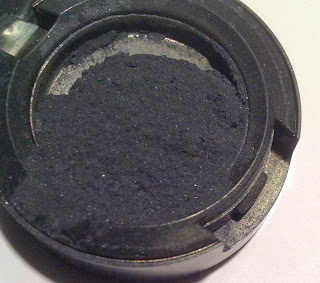 A popular cosmetic, eye medicine and protective ward against the evil eye, kohl (كحل  in Arabic) has been in use since 3100 BC.  It was used by by Egyptians of noble rank to cover the upper eyelid, while green malachite was used for the lower.  Its use spread throughout the Middle East and South Asia, along with North Africa.

Literary references to kohl abound, and sections in 1001Arabian Nights describe feminine beauty with terms such as "kohl-dark eyes" which set off long hair, a slender waist, and of course "heavy buttocks".
Male heroes in the Arabian Nights are no stranger to eye makeup either.  Several noble princes in the tales are described as being smeared with kohl as infants.  This practice continues throughout the world today, to protect the infant from the Evil Eye.  Although the use of traditional kohl on infant's eyes today is not recommended, there's some evidence that ancient kohl preparations may have had some anti-microbial effects against conjunctivitis.

Kohl is prepared in North Africa traditionally by grinding galena (lead sulfide) and adding various botanical products.  Although this traditional preparation is believed to be superior to modern cosmetics versions, the use of galena has raised concerns about lead poisoning.  The photo above shows a small quantity of traditional kohl I purchased at a roadside shop.  It came wrapped in a small piece of newspaper secured by a rag strip: 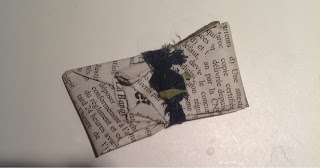 Given the lead concerns, I think I'll stick to less exotic cosmetics, like this: 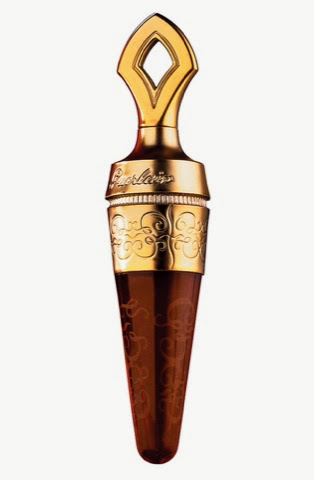 But I have doubts that the latest mass produced eyeshadow offers the same protection against the Evil Eye as my newspaper wrapped treasure.

Stringed instruments have been used to entertain for thousands of years.  The oud, an ancient pear-shaped stringed instrument, is still a popular instrument used in Middle Eastern music.  It's thought to be the descendent of the lute.  Both instruments' names are thought to be derived from the Arabic word al-ud (العود ),  meaning "the wood".  This name referred to the the lute's and the oud's wooden soundboard, different than ancient skin-covered musical instrument.

In Pre-Islamic Iran, the lute became the dominant stringed instrument gradually over a thousand years after its invention in Mesopotamia around 2300 BCE.  This was probably a millennium after the origin of the harp, also a popular stringed instrument in Iran.  The Persian word 'rud' is thought to possibly be an origin for the Arabic word al-ud.

Although the lute is thought to predate the oud in archeology, in mythology the oud came first, and has a gruesome backstory.  According to the medieval Islamic scholar Al-Farabi one of the descendants of Cain,  Lamak, hung the dead body of his son from a tree to decay slowly as it swung.  The dangling skeleton provided the inspiration for the stringed shape of the instrument.

If you were curious what would happen if the ancient oud was used to play more modern music, check out this version of Michael Jackson's Smooth Criminal. (Link courtesy of the awesome @ShunraCat and @YousefMunayyer)
Posted by M.A. Williams at 4:53 PM No comments: