The Enchanting Peri of Persia

The Peri are a class of mythological beings in Persian lore akin to the Western concept of faerie.  Like fairies, the original version of a Pairika was far more malevolent than later incarnations. In earlier incarnations, the Peris were a race of evil sorcercesses associated with demons and able to be banished with the appropriate Zoroastrian prayer.

Later, the view of Peris changed to an emphasis on their physical beauty and benign nature.  They were pictured as beautiful winged creatures (usually women) who subsisted on perfume.  The arch-enemies of the Peri, the Dev, were Persian demons who sought to imprison them in iron cages.  In one tale, a human hero names Tahmuras fights off the demons to free a captive Peri maiden named Merjan after her brothers fail to win her release.  Needless to say, he then dies a heroic and dramatic death, and any Peri-human romance fails to materialize.

Similar to the Jinn in Arabic lore, the Peri live on Mountain Qaf and are mortal, although they live far longer than humans.

In the 1800s, an Orientalist view of the Peri as fallen angels seeking forgiveness took hold, as in this poem included in Thomas Moore's 1817 romance Lalla Rookh 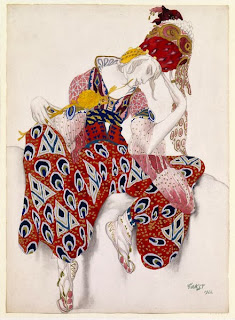