Like Drops Through the Water Clock: Ancient Time-Telling Inventions

While the hourglass and the sundial are familiar pre-industrial inventions in the West for telling time, a different device in the ancient Middle East, the water clock, used the power of water to measure units of time.
In its simplest form, time is measured by the inflow or outflow of water into a container.  The location and date of the invention of the first water clock is unknown, but early versions in Babylon and Egypt date back to around 1600 BC.  During the reign of Amenhotep III, outflow water clocks dripped out the time to mark the dates of religious ceremonies. Watching the clock at work in Babylonian times meant watching the drops: a guard's shift was determined by how long it took for a volume of water to drip out of a cylindrical container. Water clocks were used in China and India, and the Greeks and Romans used a version called the clepsydra, modifying it to make it more accurate.
Precision in measuring units of time was important in the practice of agriculture in ancient Persia, where it was need to insure an equitable distribution of irrigation water from qanats. 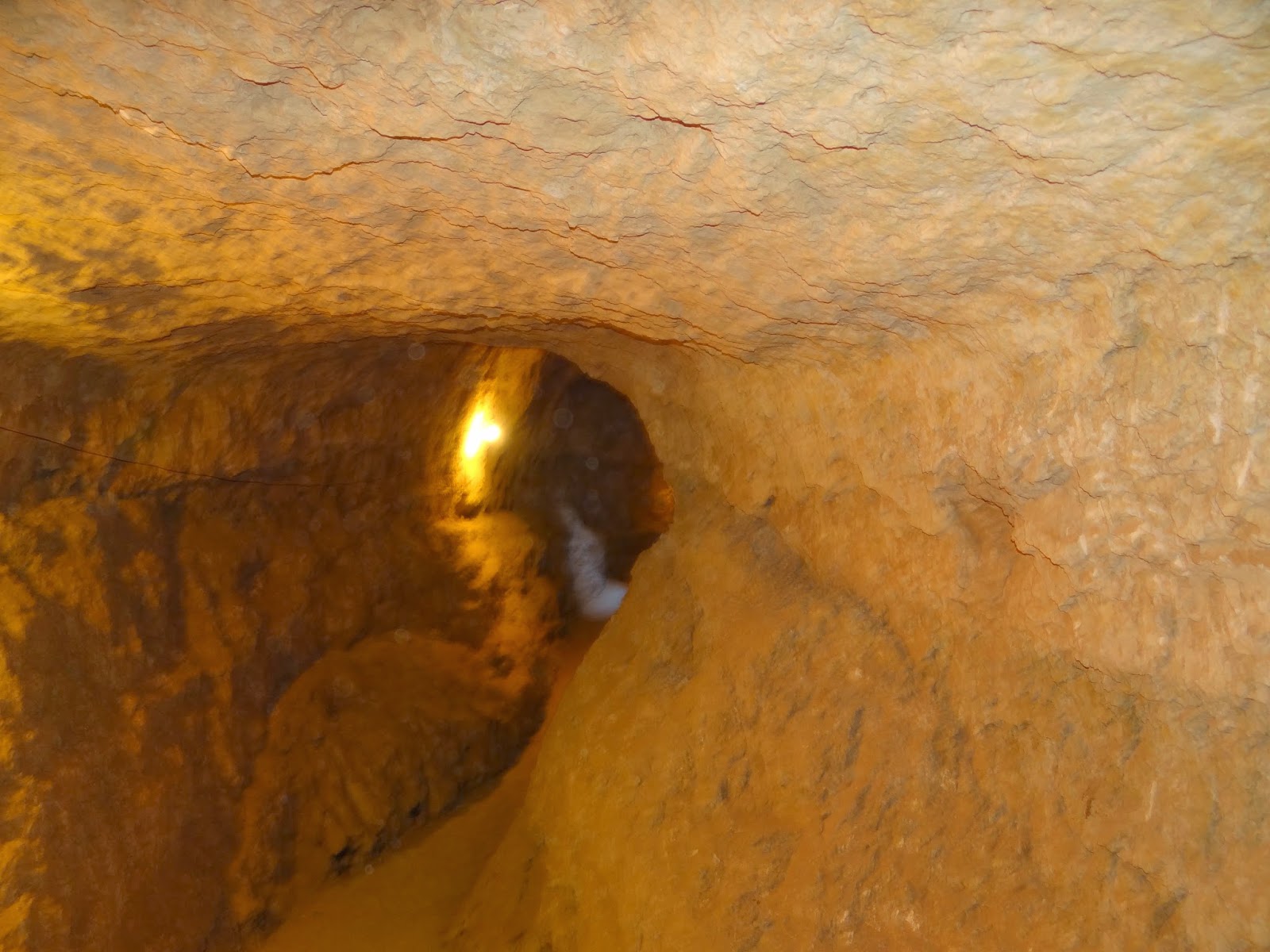 A picture I took inside the dried up shaft of a qanat in Morocco.  A local entrepreneur has set up tourist tours of the irrigation system which once brought mountain streams down to lowland farms.

Time measurement was also helpful in determining the holy days in pre-Islamic religions, some of which corresponded to the Western concept of the solstices: the shortest and longest days of the year.  The Persian water clock, or feejan was used for both purposes.  It consists of a large basin filled with water.  A bowl with a hole in the bottom is placed on top, and water ripples up into the bowl until it sinks.  Trusted monitors place a pebble in a jar every time in drops to the bottom. 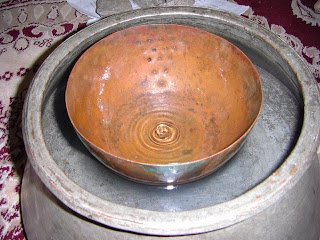 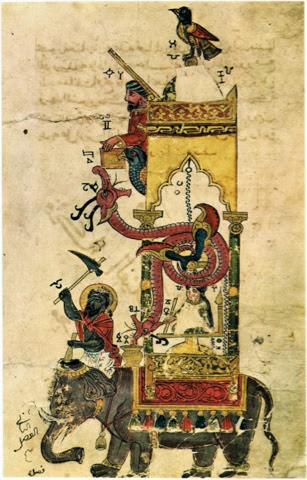 Another of his inventions, the water-powered castle clock, has been compared to an early computer.

While ancient Persian water clocks might not be readily available in the nearest big box store, my daughter discovered this high-tech descendent in the always wonderful Boston Museum of Science:  the Bedol water clock. 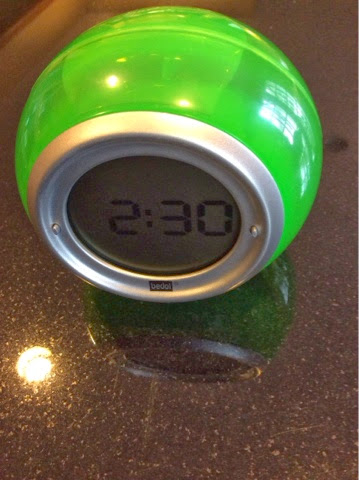 It relies on the ions in tap water to generate enough electricity to run a small digital alarm clock.  And it comes in great colors!
Posted by M.A. Williams at 4:46 PM